The Melancholy of Making Poetry

Posted on January 10, 2018 by anthonyhowelljournal 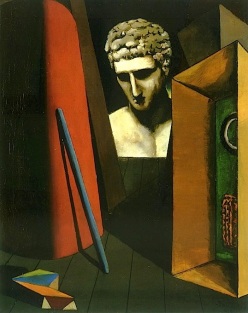 But to bring the poem fully into its own presence, the poet may be required to dwell on what has been written, and to return to it, months, even years later. This will not always be the case – sometimes the labour may be easy – but ease can hardly be elevated into a credo, as the next poem may prove difficult to bring into being. The difference between jobbery and genius becomes apparent when the work is an iota away from completion. Do you have the stamina to sustain your own dissatisfaction? To alter the poem is to kill off the previous version, thus admitting one’s own failure as its author. One may feel ashamed that one has got it wrong yet again.

Another version gets screwed up and thrown in the bin. This has been described as mimetic suicide. Leonardo understood this, for artists and composers are also subject to the same requirement to attempt the unattainable goal.

The initial impulse may be released onto the page in a species of trance, perhaps instigated by Dionysus. The subsequent crafting of the poem relates to the ear, to the measure that generates the rhythm, and to concision of expression, and these aspects of the piece are presided over by the rational Apollo. Apollo tempers the molten element of Dionysus, and this also induces a tension that provokes melancholia, as the struggle between these two contradictory forces suggests the suppression of the one by the other. But the hope that out of their feuding will emerge a dynamic equilibrium drives the authentic poet ever closer to completion.

See also On The Niceties  and The Needle