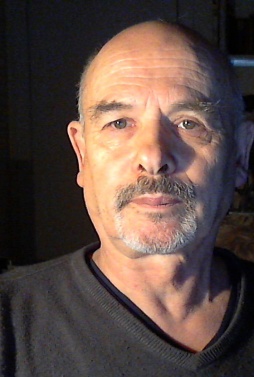 Anthony Howell is in Peter Reading’s words, “an eclectic original”: a poet and novelist whose first collection of poems Inside the Castle was brought out in 1969.  A former member of the Royal Ballet Company, his novel In the Company of Others was published by Marion Boyars in 1986.  A ‘tango novel’ Oblivion came out from Grey Suit editions, and The Fortnightly Review’s Odd Volumes brought out his ‘non-fiction’ novel Consciousness (with Mutilation).  Anvil did his Selected Poems, and his Analysis of Performance Art is published by Routledge. His most recent novel is The Distance Measured in Days (2021).

Howell was founder of The Theatre of Mistakes, which created notable performances worldwide in the seventies and eighties at venues such as the Paris Biennale, the Sydney Biennale, the Paula Cooper Gallery, the Theatre for the New City (NY), the Tate and the Haywood.   Play-scripts of these performances are published by Grey Suit Editions. He is still active in dance and teaches the tango!

His poems have appeared in The New Statesman, The Spectator and The Times Literary Supplement.  His articles on visual art, dance, performance and poetry have appeared in many journals and magazines including Artscribe, Art Monthly, The London Magazine, and Harpers & Queen. His translations, and the Anvil backlist of his books of verse are now published by Carcanet.   In 1997 he was short-listed for a Paul Hamlyn Award for his poetry.  His versions of the Silvae of Statius have been well received and Plague Lands, his versions of the poems of Iraqi poet Fawzi Karim, were a Poetry Book Society Recommendation for 2011.

Howell currently curates The Room, a space for dance, performance, poetry and visual art in Tottenham, London.  He has also danced with Lindi De Angelis as Tango Schumann, interpreting classical music through the tango in art galleries such as the Ikon Birmingham and Modern Art Oxford, as well as dancing for the Robert Schumann Bicentennial in Zwickau in 2010.

Anthony Howell: “The website has several sections – Readings and Performances (videos and recordings of performance art, poetry readings, musical events etc), Writings (links to my novels, books of poems and texts that have been published), Journal (a link to this blog), Links (to the websites of writers, artists and performance artists I admire), Archive (a link to my earlier website with many details about readings and performances, theory and history) – and a contact link.”

With Kerry-Lee Powell (Canada) and Pamela Stewart (USA) he started Grey Suit: Poem Stream and Grey Suit: Critique – these are online initiatives, the first streaming international, historical and contemporary poetry, the second collating online articles on poetry.  The operation has now developed a website and a physical manifestation in the form of chap-books, video archives and DVDs:  This is at http://greysuiteditions.org/  and the latest initiative – book length projects – is at https://greysuiteditions.co.uk/ . Grey Suit Editions has launched this new series of publications in association with Phoenix Publishing House.

Click Writings for links to some of Anthony’s publications

See links for other sites relating to Anthony Howell

In the Company of Others – novel – Marion Boyars, London.

2014: The Empty Quarter – versions by A H of new poems by Fawzi Karim – GreySuit Editions, London.

2017 The Poems of Alain-Fournier – translated (with Anthony Costello and Anita Marsh) Carcanet, Manchester

2019 Incomprehensible Lesson – versions by A H of poems by Fawzi Karim – Carcanet, Manchester (short-listed for the Helen Maguire Prize)

The Step is the Foot: Dance and its relationship to Poetry – Grey Suit Editions UK, London.

2 Responses to About Anthony Howell