Now up on The Poetry Archive!

Posted on April 24, 2015 by anthonyhowelljournal 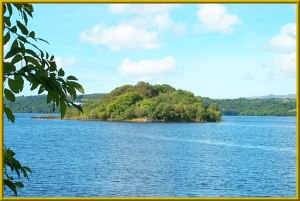 The recordings I made of some of my poems, including “Innisfree”, are now online at the  National Poetry Archive. The Archive has more material recorded, including the whole of  “Silent Highway”.  These recordings are now available for a very modest price on the site. I want to thank everyone at the archive who made this possible, including Richard Carrington, Andrew Motion, Emily Berry, Connie Robertson and Anne Rosenfeld!

And just for interest sake. It is wonderful what skillful editing can do:

To my consternation, I discovered I had slipped up in the final lines of the “Uncle Rufus” section of “Silent Highway” –  so I emailed the Archive:

I am so sorry to bring this up, but I have realised that I have made a mistake in this poem at a rather crucial point.  At the end of UNCLE RUFUS in Silent Highway, I say:

His poem sanctioned by the Poet Laureate

Who did not know much about gods, but

Thought that the river was a strong brown god –

The last two lines are clearly from Eliot (opening of The Dry Salvages).

Now, it is on record that John Masefield liked Rufus’s poem and so did Eliot (who published a book by Rufus).  But somehow I have managed to conflate the two poets into one – carried away, I think, by the flow of the poem.  Masefield was Laureate, Eliot of course never was.  So I have changed this to:

His poem sanctioned by the Poet Laureate

And one who did not know much about gods,

But thought that the river was a strong brown god –

If there was ever a chance to get into a studio and change this to the amended version, I should be most grateful. I would not like this boo-boo to persist into posterity!

Well, they got back to me and said it would be very difficult (and expensive) to find time in the recording studio, but they could ask their excellent audio editor to try to find those extra two words / phrases – “And one” or “And one who” elsewhere in my Archive recording and add them in to that poem.  As Richard put it, “It’s probably unlikely that it will work but miracles can sometimes happen – not least because the audio engineer, Chris Panton, is the best audio editor in the entire history of recorded sound!”

With a somewhat heavy heart, I discovered a “who” in the first line of “Dancers in Daylight” – which I had also recorded, and an “and one” in the Windrush section of “Silent Highway.”  I told Richard – and less than twenty-four hours later I was sent a sound sample of my amended last verse. Brilliant!  Well done, Chris.

So – as it is now – the Archive version of the poem is the only fully corrected version of this poem in existence – superseding the version in the Anvil book.  Of course I am embarrassed that I didn’t get it quite right in the book.  But at least it’s how it should be as I (seem to) read it for the Archive. There is a conclusion to this story: Carcanet are just republishing Silent Highway (it appears to have sold out) – so I was able to make amendments to the text. SO, anyone who buys the book as from mid April 2019 should have the poems with the text corrected, if you buy the second edition from Carcanet.

A note on Rufus:

Rufus incidentally is Rufus Noel-Buxton. “The Ford” (written while wading!) was published by the Caravel Press in 1955 with a foreword by Masefield. “Westminster Wader” – an account of his wadings  – was published by Faber in 1957 – with a lovely painting by the author on the jacket.

2 Responses to Now up on The Poetry Archive!