Posted on March 30, 2015 by anthonyhowelljournal

Very interesting post about sibling rivalry in the arts of poetry and photography. 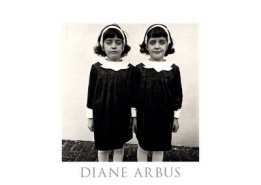 Has to be said, Nemerov was no slouch when it came to poetry.  Here is one of his best.

The house was shaken by a rising wind

That rattled window and door. He sat alone

In an upstairs room and heard these things: a blind

Ran up with a bang, a door slammed, a groan

Came from some hidden joist, and a leaky tap,

A blind man through the house. Timber and sap

Revolt, he thought, from washer, baulk and spike.

Bent to his book, continued unafraid

Until the crows came down from their loud flight

To walk along the rooftree overhead.

Scratched on the slate; when they were blown away

He heard their wings beat till they came again,

While the wind rose, and the house seemed to sway,

And window panes began to blind with rain.

The house was talking, not to him, he thought,

But to the crows; the crows were talking back

In their black voices. The secret might be out:

Houses are only trees stretched on the rack.

And once the crows knew, all nature would know.

Fur, leaf and feather would invade the form,

Nail rust with rain and shingle warp with snow,

Vine tear the wall, till any straw-borne storm

Could rip both roof and rooftree off and show

Naked to nature what they had kept warm.

He came to feel the crows walk on his head

As if he were the house, their crooked feet

Scratched, through the hair, his scalp. He might be dead

It seemed, and all the noises underneath

Be but the cooling of the sinews, veins,

While in his ruins of wiring, his burst mains,

The rainy wind had been set free to blow

Until the green uprising and mob rule

That ran the world had taken over him,

Split him like seed, and set him in the school

Where any crutch can learn to be a limb.

Inside his head he heard the stormy crows.