Posted on July 11, 2013 by anthonyhowelljournal 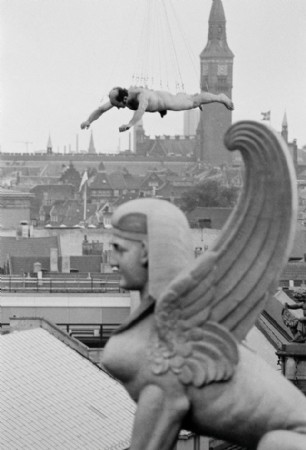 Grey Suit Issues 1-12 are now online! Thanks to BFI, Elephant Trust, Ikon Gallery and ACE.  We did it!

Here is the link to the videos at  Grey Suit Editions

and here is a link to a review of Grey Suit Editions’ chap-book – Early Morning – by Donald Gardner.

Grey Suit was a magazine on VHS videotape published under the auspices of the University of Wales Institute Cardiff and supported by Arts Council England.  It ran from 1993-1995.  During that time 12 issues came out (one a double issue) – all in all, 13 hours of material were published.

Edited by myself, the magazine was a reaction to increased ghettoization in the arts (often promoted as specialisation).  My notion has always been that however much the artist specialises there is still a need for cross-fertilization from one art form to another.  I summarise my view in the ‘critical tirade’ that opens Issue 1.

The Grey Suit team in the 90s was Anna Petrie, Simon Sawyer, Nichola Schauerman and myself.

Grey Suit thanks the British Film Institute for their help and gratefully acknowledges support for this project from The Elephant Trust and Arts Council England.

For archive purposes, I retain the statement below which shows how the proposal to get these videos online was first mooted to ACE and the Elephant Trust

VHS is now an obsolete format.

The British Film Institute have the complete archive of the U-matic and Beta masters on which Grey Suit was edited.   Generously waiving the fee, this institution has recently supplied me with a digi-beta master of Issue 1 and several sample DVDs.  These can now be authored and duplicated, so that Grey Suit: Video for Art and Literature can be re-issued on DVD and to an extent online (depending on permissions).

What purpose is served by this re-issue?

1.  Quality from the masters to the DVD or online is far higher than the original VHS!

2.  Many of the pieces included are unique (there are no other recordings of F.T. Prince, Anne-Marie Albiach and others reading their poetry for example).

3.  Grey Suit: Video for Art and Literature included some of the most significant UK artists and writers of the 90s – together with a comprehensive sampling of the work of their colleagues in USA, Europe, Africa, Asia and Australia.  Significantly, it placed UK artists and poets in an international context.

4.  Many of today’s young poets and artists have never viewed this archive of the art and literature of the 90s, while academic institutions with the VHS originals will have a chance to acquire a far higher definition version of the material.

5.  In conjunction with the DVD, the material will now be uploaded onto the internet, raising the possibility that it can be made available to an international audience.

A zip-file of Grey Suit Issue 1 is available for viewing.

The material gathered on the 13  hours of video footage generated by the original Grey Suit publication is of vital interest to young artists experiencing their own resurgence of enthusiasm for performance art, as well as to new generations of poets who may never have had access to the recordings of key figures in the poetry of the latter half of the last century.  This exposure is likely to inspire new work.  I am author of The Analysis of Performance Art (Routledge – contemporary theatre studies), 1999 – and I am constantly receiving enquiries by students as to where they may find footage of the performance artists referred to in this key reference work.  Grey Suit is certainly a source for the material that students of art and literature seek.

Reinventing the wheel seems a problem for many young performance artists.  The situation could be likened to that painters might find themselves in if there was no access to the works of Picasso.  All too often there is simply no documentation to be found for performance work of the eighties and nineties.  Grey Suit’s reissue will counter this tendency to repeat what has already been done.

Recently, Southampton University organised a one day symposium on the work of F.T. Prince and used a vhs upload of Grey Suit 1 to Youtube as the only access to footage of him reading his seminal poem “Soldiers Bathing” (there is no video or radio footage other than ours).  The DVD and online initiative will enable a far higher quality of this key material to be screened at similar Symposia.

In order to make access more readily available to academics and to young artists and writers, we will instigate a big push in the direction of art schools and universities – departments and libraries: humanities, visual arts, creative writing courses, it will be our job to make them all know that the re-issue is available through mail outs and through electronic contact.  But of course the launches themselves are designed to underpin this initiative and create a focus for the enthusiasm for the project that we would seek to generate.  At the same time, we hope to create a platform for new performance art works, new poetry readings and material film screenings through the launches.

In the last two years, three poets (two of whom were associated with the original Grey Suit) and two performance artist have started three successful initiatives online (on Facebook).  These are:

The Critique collates essays on poetry to be found on the web.  The team has expanded to include a performance editor  – Robin Deacon (UK/USA) and a film editor  – Laurence Harvey (UK).  They now edit a Performance and Film page devoted to active art forms – dance, music, performance art and film.  Thus Grey Suit is a continuing presence in the promotion of poetry and performance.

The team has also launched a series of printed chap-books of poetry, the first of these was a new book of poems by Iraqi poet Fawzi Karim, in versions by myself (a collection of my versions of Mr Karim’s poems published by Carcanet was the Poetry Book Society’s recommendation for translation in 2011). A new book of my versions of his poems – Incomprehensible Lesson – has just come out (in January 2019). We have now published seven of our chap-books, and are teaming up with Phoenix Publishing House to bring out book-length projects in 2019.

The chap-books can be found on the website, alongside the video re-issues of Grey Suit: Video for Art and Literature.

1 Response to THE GREY SUIT INITIATIVE